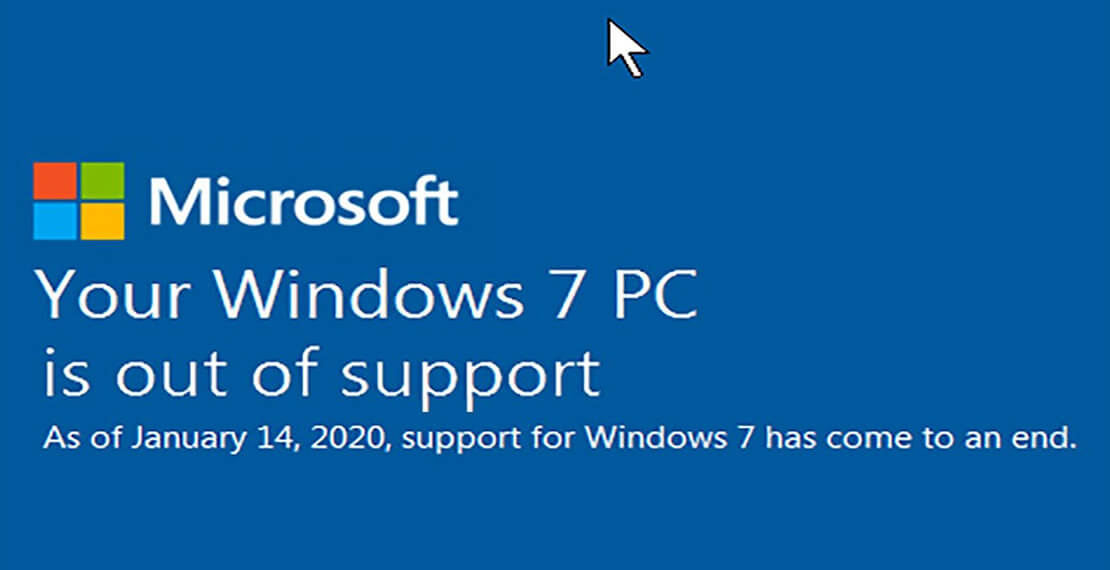 Microsoft has announced that it would no longer be providing support for users of Windows 7 from 14th January 2020 and had already stopped mainstream support in January 2015. This meant that no new features were added and warranty claims were rendered invalid.

From January 2020, there will be more changes, such as:

Whilst this doesn’t mean that Windows 7 will just stop working for you after this date, it is certainly advisable to upgrade to Windows 10 or buy a new PC. With no provision of security updates and bug fixes, this will leave you vulnerable to viruses, cyber-attacks and not to mention that malicious users may target Windows 7 users armed with this knowledge. You will need to download extra protection such as McAfee, which you get discounted with a Free Notty Account .

Microsoft has been sending notifications to Windows 7 users to remind them to upgrade to Windows 10 in the run-up to the ‘End of Life’ of Windows 7. Microsoft strongly recommends that you upgrade your PC rather than just the operating system. Given that, it is estimated that approximately 40% of us still use the 10-year-old operating system.

It is easy to upgrade, due to Microsoft making both Windows 7 and Windows 10. Nevertheless, ensure any files and documents are backed up beforehand.

To upgrade, you can buy a licence but this can be expensive. Plus, it may struggle to run effectively if you own an older PC system. You could also upgrade your PC but it may work out more cost-effective to purchase a newer model. Another option would be to switch your operating system to another, such as Linux or Apple.

There is still an extended support service available for business users, but it comes at a cost. From January 2020 to January 2021, you will be expected to pay, per device, £20 ($25, or AU$35) and then those costs will double during the subsequent year and double again for the next year. Windows 7 Pro will incur higher charges still.